What Actually Happened in the Marijuana Case? 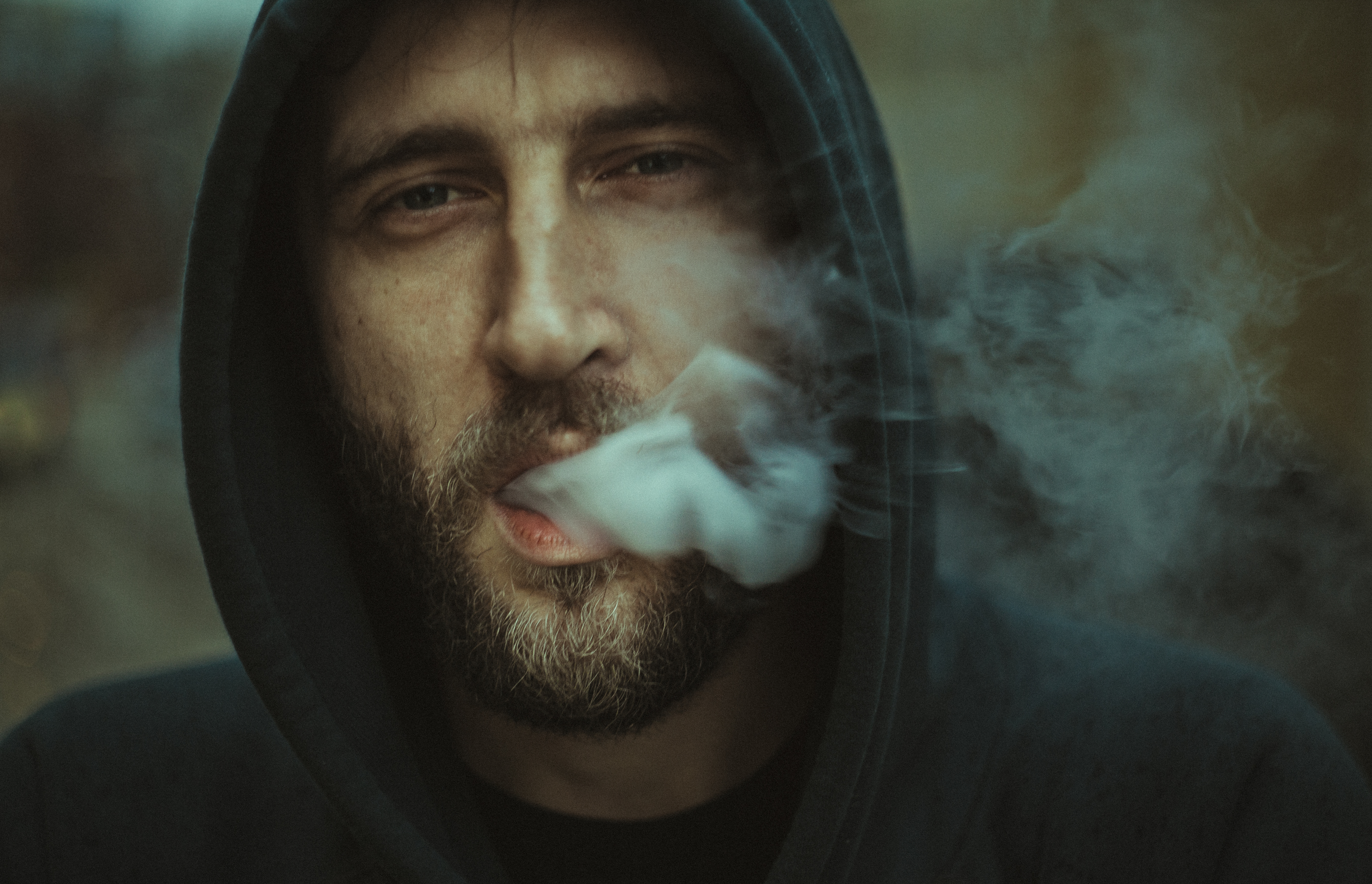 On 31 March 2017, Davis J, with a full bench of three judges concurring, handed down judgment in the Western Cape High Court that marked an important development in the law relating to the use of cannabis. He established that the laws that prohibit the use of cannabis by adults in the home are an unjustifiable infringement of the right to privacy and are therefore invalid, and should be amended by the Legislature.

What was the issue?

Gareth Prince, Jeremy Acton and Jonathan Ruben brought an application that sought a declaration that laws prohibiting the use of cannabis, as well as the possession, purchase and cultivation of cannabis for personal or communal consumption is invalid. The laws implicated include the Drugs and Drug Trafficking Act and the Medicines and Related Substances Control Act.

The applicants referred to various fundamental rights being breached pursuant to the impugned legislation, but most the most important being the right to privacy (equality, dignity and freedom of religion were also referred to). The applicants also argued that the distinction between cannabis and other substances such as tobacco and alcohol is arbitrary/irrational – therefore, the limitation of the right to privacy is unjustifiable in terms of s 36(1) of the Constitution.

The judgment further engaged with the question of whether it is valid to have laws which regulate the conduct of cannabis consumption in the home, and whether this question should be dealt by the courts or the Legislature.

In his judgment, Davis J refers to Prince v The President of the Cape Law Society, a case brought by Gareth Prince back in 2002 (‘Prince 2’). Davis J had to decide whether the case at hand would be deciding the same matter as had been decided before by a higher court (the Constitutional Court) – known as res judicata. In Prince 2, the argument directed against cannabis-prohibiting laws was that they were ovThe majority emphasised the fact that it would be difficult to determine how a police officer would establish whether someone was in possession of cannabis for a valid reason (religious), rather than an invalid reason (recreational). Therefore, the majority decided there could not be an exemption granted for the religious use of cannabis, and the appeal was dismissed.

However, Ngcobo J’s minority judgment (supported by three other judges, resulting in a margin of 5:4) actually found the legislation at hand to be inconsistent with the Constitution because it prohibited the use of cannabis for bona fide religious purposes. He accepted that the goal of the cannabis-prohibiting laws is legitimate – to prevent the abuse of drugs. But, he reasoned that the means to achieve this goal were not reasonable because they were overbroad, and they target uses that have no risk of harm. The laws cast a wide net, so uses that pose not risk or harm, and can be regulated, are prohibited as well.

Davis J highlights that the right to privacy was not considered in Prince 2. It relied on the right to freedom of religion, and failed because the court found that the limitation of religious freedom was justifiable because making an exemption for religious uses would be impractical and undermine the general prohibition. This case, as pointed out by Ngcobo J, was not concerned with a broad challenge to the constitutionality of the prohibition on cannabis. The issue was ‘less restrictive means’. Therefore, Prince 2 and the matter before the court deal with separate issues. In Prince 2, the issue was whether or not not having exemption for religious rights was justifiable. The issue before the court in the present case was broader, and could be decided by a lower court.erbroad, prohibiting cannabis for all persons, regardless of the intended use of the cannabis (including Rastafarian practices). The majority of the court agreed that the criminalisation of cannabis (which has a legitimate goal – the purpose of preventing the abuse of dependence-producing drugs) did limit the religious rights of Rastafari under the Constitution, and they had to determine whether this was a justifiable limitation.

The core issue at hand was to what extent and in what way the government may dictate, regulate and proscribe conduct considered harmful, and the threshold the hard must cross before government intervention is necessary. Is the infringement of the right of privacy caused by cannabis-prohibiting laws a justifiable infringement?

Section 14 of the Constitution guarantees a right to privacy. In the past, the Constitutional Court has attributed a very high level of protection to an individual’s ‘intimate personal sphere’. The more intimate the personal sphere, the more powerful the right of privacy. The right to privacy is linked to the right to dignity. It is also linked to the right to freedom, and it encourages the moral autonomy of citizens, which is important to governance in a democracy.

Privacy is seen as a continuum of rights, going from the private realm to the public realm (and so affecting others, and the public more and more). Therefore those who want to smoke a bit of cannabis in the intimacy of their home exercise a right to autonomy, which does not merit interference from the government, unless justified. The same goes for the private cultivation of cannabis.

Any right that has been guaranteed in the Constitution may however be limited by a general law if the limitation is reasonable and justifiable in an open and democratic society based on human dignity, equality and freedom. The burden of justification of the limitation of the right of privacy therefore lies on the State. The State must show that there is a substantial State interest which justifies the limitation of privacy. The use of cannabis was made illegal in 1928 (before this, it had been used for centuries in SA traditionally, and not viewed as morally repugnant). When it was criminalised, it was done so on racist and moralistic justifications. Because of this, Davis J stated that the State needed to provide contemporary, persuasive justifications to infringe the right of privacy regarding cannabis. He also pointed out that the private moral views of a community are not justification to infringe the right of privacy.

Evidence presented to the court

The State provided evidence that shows that cannabis results in lower cognitive skills, lung and heart issues, pregnancy issues, a increase chance of schizophrenia, increased crime (induced by drug use, and motivated by drug purchasing), domestic violence, more future drug use. However, Professor Mark Shaw of the University of Cape Town submitted a report showing that countries with more punitive anti-drug policies do not tend to have lower drug use prevalence. Generally, the approach to harm reduction (regarding drugs) is that criminal justice tools should not be used, and the values of human rights and human dignity should be emphasised in drug policy interventions. Davis J made clear that the war on drugs is a fatuous idea, and fear and force cannot obliterate their use. If society is sensible in managing the societal costs of alcohol and tobacco, while regulating their supply, then the same approach should be taken to drugs.

Davis J then considered other democracies, looking at case law regarding autonomy and privacy, and cannabis legislation in Canada, Argentina, the US and more. He concluded that there has been a global trend towards legalising cannabis.

Given the evidence presented, and the consideration of foreign law, Davis J found that the State was not able to establish that the impugned laws’ infringement of the right to privacy was justifiable. He quotes Prince, who argues that the law does not proscribe alcohol, tobacco, doughnut eating, horse-riding or bungee jumping – all of which can be harmful to humans. Activity is only proscribed if harm is non trivial or crosses a certain threshold, and in a democracy had the right to engage in acts of self-endangerment. The evidence in this case supports the argument that the legislative response to the personal consumption and use of cannabis is disproportionate to the social problems caused as a result. The evidence as a whole cannot justify using criminal law for the personal use of cannabis. The present laws do not employ the least restrictive means to deal with social and health problems linked to cannabis use. Therefore, the Drugs Act needs to be amended so that it does not apply to those using small quantities of cannabis for personal consumption in the privacy of a home as it unjustifiably limits the right to privacy. However, the legislature should decide what constitutes ‘small quantities’.

Davis J concluded that is it still important to curb drug trafficking and the socially destructive activities of the drug industry. However, there are many options to deal with drug issues that do not use criminal law. Additionally, he emphasised that this case only concerns individuals confined to their own homes. Children are excluded from this case – they should be protected from the harmful effects of drugs.

Davis declared certain sections of the Drugs Act and the Medicines and Related Substances Act invalid to the extent that they trench upon private use of and consumption of cannabis for personal purposes in the home, but suspended the declaration of invalidity for 24 months to ensure Parliament may amend these Acts to bring them in line with the Constitution. He referred the ruling to the Constitutional Court for confirmation. His order provided that in this interim period, prosecutions that fall within the invalid provisions should be stayed. Additionally, this order will be a defense of a charge under laws mentioned above.

What does this mean?

The road to the legalisation of cannabis is far from over, but Justice Dennis Davis’ judgment has marked a massive development in its decriminalisation, an issue which must be dealt with by the Legislature. If confirmed by the Constitutional Court, Parliament will be obliged to change the laws relating to cannabis, doing away with its prohibition in the home by adults in small quantities. Legal developments to allow its commercial cultivation and use in medicine, trade and manufacture are still in the pipeline, but are well on their way to becoming a reality.